The village is mentioned in the Domesday book from being the westone (west stone) of the Southam division of the hundred of Knightlow and from the woodland to the north west known as Wetherley Wood.

In November 1605 a group of men, including Robert Catesby, who were involved in the gunpowder plot, passed through the village. They were fleeing from London after the arrest of Guy Fawkes. Apparently they were on their way to Wales (via Warwick Castle to steal fresh horses), after a meeting at Dunchurch, near Rugby. The sound of galloping horses as conspirators passed through Weston village is exciting to imagine.

Another historic figure who lived in Weston village was Sir Edward Belknap. He was High Sheriff of Warwickshire in 1501 and built a grand hall of brick and timber named Weston Hall on the opposite side of the road, less than 200 meters from Wethele Manor, known still as Weston Hall Farm. Sir Edward Belknap was active in the service of the English crown, both on the battlefield and as a court official, during the 16th and 17th centuries. He fought for Henry VII at the battles of Stoke Field and Blackheath and possibly at other battles as well. In 1508, he was appointed to the post of “surveyor of the King’s prerogative”. This office gave him the power to appropriate the lands and property of anyone who had violated the king’s prerogative in some way, such as conviction for a felony. Belknap’s appointment was part of an effort by Henry VII to improve the royal finances. Belknap was a privy councillor for both Henry VII and Henry VIII. In 1520, he was most probably at the Field of the Cloth of Gold with Henry VIII.

Saint Michael’s church (Photographs shown below) dating back to the 13th Century is a prominent feature of the village of Weston under Wetherley and can be seen from the accommodation and surrounding grounds at Wethele Manor.  A number of couples married at the beautiful old church have come to Wethele Manor for the main wedding reception.  The church overlooks the estate and a great many people who have cared for and worked the land at Wethele Manor are laid to rest in the grave yard pictured below.

Wethele Manor dates back to the 16th Century and was we believe originally a thatched house named ‘New House Farm’.  The house had a range of both large and small brick outbuildings, some stables, a piggery, an old dairy, a cart shed and a large granary.  The House itself, from fairly humble beginnings has been extended we think, in the 18th Century with a larger Georgian three story frontage which gave the house the much grander approach visible today.

The farmland and buildings have been used predominantly for mixed farming, some beef and dairy cattle, sheep, pigs, chickens and Geese.  We have discovered in the deeds written in the 19th Century at a point of sale, that there was a ‘Farrier’ and a ‘Cordwainer’ occupying one of the outbuildings at that time. A ‘Cordwainer’ was a gentleman who worked leather imported from Cordoba in Spain, for the manufacture of high quality leather goods such as Carriage seating and fine saddlery.  Hence we have named the building where this work was undertaken ‘Cordwainers Hall’ now used for civil ceremonies.

We know from the discovery of a large ‘Copper’ in another building, that using the apples which thrive in the orchard at Wethele Manor, that much cider was brewed here.  We have named this barn, now a five star rated en suite family bedroom, ‘the Brewhouse’.  Another Family bedroom we have named, the ‘Hayloft’, formally used for storing Hay from harvest time and then loaded down on to awaiting carts below before being distributed to various livestock on the farm during the long winter months.  One of Wethele Manor’s more unusual en suite bedrooms is a converted cellar which boasts a beautiful vaulted ceiling and was used originally for the salting and storage of meat in order to increase its life prior to refrigeration.  Bedrooms on the very top floor with breathtaking views over the surrounding landscape and beyond, we call ‘Eberalls’ and ‘Isdale’. The rooms, named after favourite high yielding fields on the estate, were an addition to the original Georgian frontage, built to house servants who were employed to help with the running of the house. These rooms despite enjoying the best views and high exposed timber ceilings were considered at the time to be the least desirable and had the bell ringing system in place to enable the occupants of the rooms to be summoned to the ground reception rooms and master bedrooms. Another discovery whilst recent renovation work took place was the sand stone ‘well’ in the conservatory. This well has a depth of 40 foot and is a fascinating feature which we are extremely proud of. We have placed a toughened piece of glass over it and put in lighting to reveal the quality and bravery of the workmen who took on the construction.  This well, now dry, would have been the source of all the water to the house and farm buildings for the animals.

Wethele Manor has undergone some major restoration and repairs and was in need of investment and modernisation if it was to remain standing for another 500 years. The Moreton family (the current owners) bought the property in 1975 from a gentleman and his wife, Mr Morgan and Mrs Edna Morgan.  Both are warmly remembered here at Wethele Manor now. We would like to think they would be happy with all the work that has been carried out to secure the future of this beautiful old building.  Mrs Janet Moreton in particular has worked hard to ensure that whilst repairs and restoration work were crucial to the survival of the house, the original features and charm that this house has in abundance was never put in jeopardy. We are very proud of its rich history and the fact that this estate has been a part of many people’s lives over the years. We are also very proud of what our family has managed to achieve in securing the future of this stunning property and we welcome all who would like to use Wethele Manor from a one night Bed and Breakfast guest, to those wanting to indulge in all that Wethele Manor offers as a Wedding Venue.

A warm welcome awaits you at Wethele Manor. 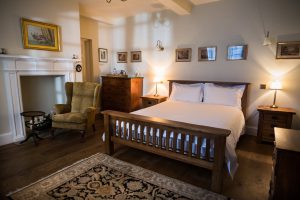 You can book your room at Wethele Manor via www.bookings.com please click the link below.

Come and enjoy songs and stories with Santa and Mr

Wethele Manor Light Trail from up in the Magical E

Get your winter warmers and wellies on for the lig

Our premium Christmas Trees have arrived! 🌲They

If you are looking for delicious grass fed beef to

Christmas is coming @wethelemanor – there is so m

It’s official everyone!!! This year we are selli

Had such a fun and exciting meeting with @the_box_

✨ Wethele Manor at Night! 🌙 take a peek at al

There’s nothing better than swinging into a happ

As we enjoy this glorious weather ☀️ we have b

Happy Fathers Day to everyone who has stepped up,